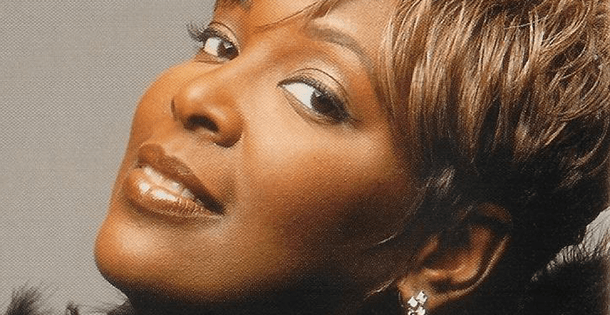 Tramaine was born in San Francisco, California to Roland and Lois (Cleveland) Davis. She grew up in the Ephesians Church of God in Christ located in Berkeley, California, pastored by her grandfather, the late Bishop E.E. Cleveland.

While still in high school, Tramaine and her best friends,  had a gospel group called the Heavenly Tones that performed at various venues around Northern and Southern California.  In 1966 the group recorded the album I Love the Lord for the Gospel label, part of Savory Records, and a 45 for the Music City label called, He’s Alright.  When one of the Heavenly Tone’s older brother, Sly Stone, formed Sly & the Family Stone, the Heavenly Tones were recruited directly out of high school to become Little Sister.  Sly & the Family Stone recorded the Little Sister hit single, You’re the One.

At the age of 17, Hawkins sang on the Edwin Hawkins Singers Choir’s single “Oh Happy Day”. With her distinctive soprano and extensive vocal range, she became better known as a featured soloist with late husband Walter Hawkins Love Center Choir as well as the Hawkins Family.  Hawkins scored several hits as a solo artist in the 1980s while signed to Light Records, and released now-classic albums, such as her 1979 self-titled debut, Tramaine, and its 1983 follow-up Determined. Songs such as “Changed,” “Goin Up Yonder”, “He’s That Kind Of Friend”, Jesus Christ Is The Way” and “Highway” quickly became staples and fan favorites.

Tramaine was asked to go on tour, with the R&B vocal group, known as the Honey Cones.   After a few rehearsals with the group, she spoke with, Edna Wright the lead vocalist, and decided that she had a calling on her life to sing gospel music. Tramaine also sang with Andrae Crouch and The Disciples, singing lead on their 1970 release “Christian People.”

Tramaine  is both famous and infamous for her mainstream success as a gospel artist. In the mid-1980s, she signed with A & M Records and released a pair of dance-oriented contemporary gospel albums. Her 1985 A&M debut The Search Is Over yielded dance chart singles such as “Child of the King,” “In the Morning Time,” and the monster club hit “Fall Down (Spirit of Love)”. The latter topped the Billboard Dance Charts to A&M’s delight.

However, Hawkins was somewhat ostracized by her core gospel music audience, who were soured by her music’s lyrically neutral content and the heavy mainstream attention it received. Though “Fall Down” became one of the earliest gospel songs to crossover to mainstream charts, traditional fans balked. Nonetheless, Freedom followed in 1987, producing “The Rock” and its title track as singles. The latter was co-written and produced by The Jacksons. Though the song had not been widely acknowledged in the gospel music community, the more than eight-minute extended dance mix was finally included on Hawkins’s 2001 collection All My Best To You, Vol. 2. In the new millennium, Hawkins resurfaced on GospoCentric Records with a powerful release, Still Tramaine. This album included traditional gospel songs along with a duet with ex-husband, the late Walter Hawkins, on “It’s Your Power”. Also included on Still Tramaine was a track titled “Over There”, an uptempo track reminiscent of “Fall Down”.

Hawkins won her first Grammy Award in 1981 for her participation performance on “The Lord’s Prayer”, along with her then-husband Walter Hawkins.

Following harsh criticism and backlash from the success of her A&M recordings, Hawkins signed with Sparrow and delivered 1988’s The Joy That Floods My Soul, including the opener “All Things Are Possible.” The stellar set quickly re-endeared Hawkins to her core audience. Between album releases, Tramaine made a cameo on M C Hammer’s 1990 pop-gospel hit “Do Not Pass Me By”. She was also honored with a request to sing at the funeral of Sammy Davis, Jr.   She was also a guest lead vocalist on Santana’s June 1990 album “Spirits Dancing in the Flesh”.

Though Joy That Floods was well received, that studio effort was eclipsed by the release of the concert recording Tramaine Hawkins Live in 1990. The grandiose recording with its sweeping arrangements and show-stopping medleys of fan favorites would become a benchmark in Hawkins’ career. The set eventually vindicated Tramaine in total by winning a much-coveted Grammy Award for Best Traditional Soul Gospel in 1991. Following her triumphant comeback, she became one of the first gospel artist to sign with Columbia Records, when she released To A Higher Place in 1994.

Tramaine again paid final tribute to an African-American legend when she was requested in 2005 to sing at the funeral service of civil rights activist Rosa Parks. Hawkins was also part of the Rosa Parks tribute recording “Something Inside So Strong” from A Celebration of Quiet Strength, featuring other gospel artists such as Vanessa Bell Armstrong and Daryl Coley.

Tramaine was inducted into the Gospel Hall of Fame. She received the James Cleveland Lifetime Achievement Award, and won two Stellar Awards for Female Vocalist of the Year and Traditional Female of the Year for her 2007 CD release I Never Lost My Praise (2007).

After the release of her second live album, I Never Lost My Praise, Hawkins embarked on a church tour across the United States. Lady Tramaine was the special guest along with Bishop Walter Hawkins, Bishop Rance Allen, Pastor Daryl Coley, Pastor Andrae’ Crouch, Dorinda Clark-Cole, Karen Clark-Sheard and Joe Ligon of the Mighty Clouds of Joy on the Mary Mary project, singing “It Will Be Worth It”.

She also returned to Bobby Jones Gospel in 2012 to perform “I Never Lost My Praise”.  In 2014, Tramaine joined fellow gospel star Donnie McClurkin on his album Duets, appearing on the track “My Past”.  Tramaine continues to travel the globe participating to conferences, workshops, revivals, and concerts granting as many interviews and appearances along the way.

While married to the late Walter Hawkins for thirteen years the couple had two children, a son, Walter “Jamie”  and a daughter, Trystan, with four granddaughters and  three grandsons.

Tramaine now refers to herself as “Lady Tramaine”. She lives outside the San Francisco Bay Area, with her husband Tommie E. Richardson Jr., and just celebrated their 25th Silver Anniversary, with their extended family, a son, Demar, and two grandsons.

Tramaine Hawkins-Richardson received a Doctorate of Performing Arts at Ecclesia Univerisity of Divinity, International on  July 23, 2011.