About a year before he co-founded PLN, Ryan Lampa was getting to know people on the streets for the first time. Through the encouragement of a friend, he finally made an effort to meet and become friends with a couple homeless guys near his old house, near downtown Nashville. Ryan stopped ignoring beggars on the street and started engaging them by inviting them for a meal with him.

Then, at Thanksgiving in 2008, a group of friends decided to share their leftovers with anyone found surviving on the streets of downtown Nashville. The experience changed something in them, so they continued to bring supper downtown about once a month, which turned into a weekly tradition of Monday evenings. That was the beginning of People Loving Nashville.

Since those early days making spaghetti in multiple crock pots and washing dishes in the shower of Ryan’s tiny carriage house, PLN have seen a lot of growth. They have moved to an industrial size kitchen and added clothing/ hygiene product distribution. Their mission is to bring hope to the needy by meeting physical needs and building relationships based on the love of Jesus Christ 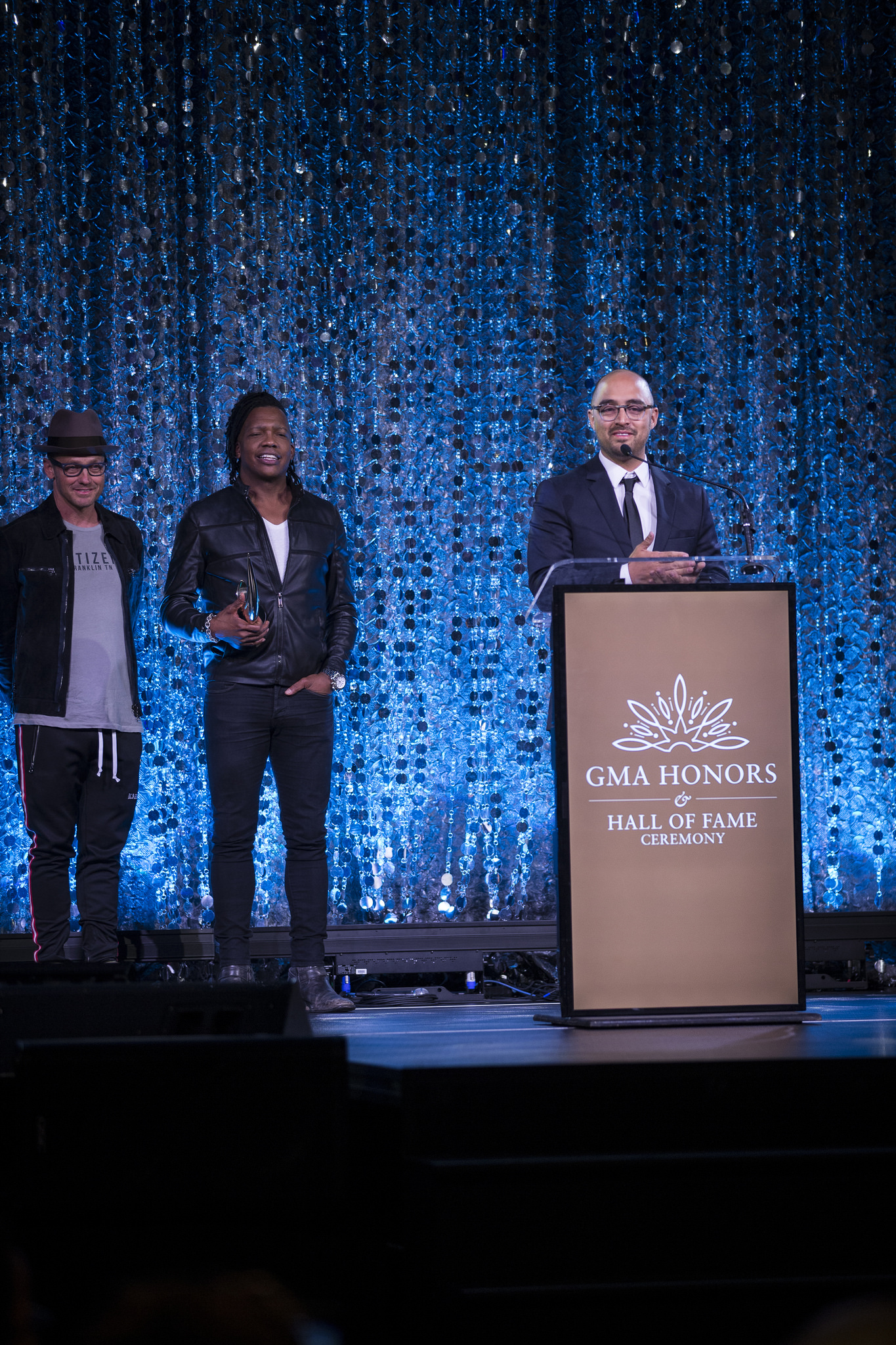 Ryan Lampa accepting award at the GMA Honors and Hall of Fame Ceremony in Nashville, TN on May 8, 2018. Pictured with TobyMac and Michael Tait.