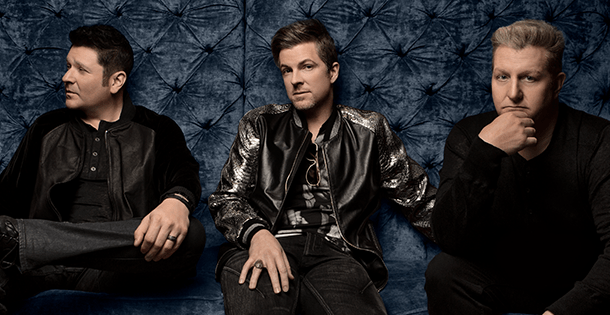 Throughout the years superstar vocal group Rascal Flatts has been consistently recognized for their charitable efforts and accomplishments, to promote the well-being of others and raising awareness for important causes. Rascal Flatts has worked in partnership with Monroe Carell Jr. Children’s Hospital at Vanderbilt for the past 13 years. In 2010, the hospital renamed its Pediatric Surgery Center after the group, to show their appreciation for their hard work and generosity in donating more than $4 million to the Children’s Hospital. Along with their work with Children’s Hospital, the group has been heavily involved in the Make-A-Wish-Foundation and Wish Kids, awarding them the 2010 Make-A-Wish Foundation’s “Shining Star Award” for their dedication to the cause and growth of the foundation.

Rascal Flatts also recently surpassed its second year of partnership with Delta Dental of Tennessee and WME for the annual Celebrity Golf Classic, to benefit Monroe Carell Jr. Children’s Hospital at Vanderbilt. The event gives teams the unique opportunity to be matched with a celebrity teammate on the golf course. All proceeds benefit research and fellowship training in the Division of Pediatric Urologic Surgery in the Section of Surgical Sciences at Vanderbilt University Medical Center.

The trio is also known for their dedication and support of ACM Lifting Lives partnering with Vanderbilt Kennedy Center for Excellence in Developmental Disabilities. The center annually puts on a residential camp that serves the dual purpose of studying Williams syndrome, while providing the 30 campers with music enrichment through performance and education. The camp ends each year with a musical performance at the Grand Ole Opry, in which Rascal Flatts has performed in years past with children in the camp.

In 2015, Rascal Flatts partnered with CMA to raise money and awareness for the national not-for-profit Little Kids Rock and granted them a check for $150,000. The group kicked off the kindness by spending time with the kids, playing music and gifting them a collection of musical instruments.

In 2017, Rascal Flatts released the song, “Our Night to Shine,” inspired by Tim Tebow’s Foundation’s “Worldwide Night to Shine” movement, that helps honor those with special needs through a yearly prom event. In August 2017, Rascal Flatts joined many celebrities from across the entertainment world for a “Good Morning America” special to help raise funds for Disney’s “Day of Giving,” from which proceeds went to Hurricane Harvey relief. Rascal Flatts took to the studio to answer phone calls from viewers as part of a telethon to support the initiative, which has raised more than $1.5 million in total. In October 2017, following the tragedy in Las Vegas, Rascal Flatts were quick to encourage residents and visitors to remain #VegasStrong during their sold-out stint at The Venetian, donating personally to the Las Vegas Victims Fund and promoting ways during their shows for attendees to also donate.

At the 2018 MusiCares Event, Rascal Flatts performed an intimate show to benefit MusiCares’ mission to provide health services and support to musicians in need. In June of that year, School of Rock Cornelius got the opportunity to perform with the country music heavyweights at their Charlotte, NC “Back To Us Tour” stop. Students were invited to sing, play guitar, keys and drums during their finale song, “Life is a Highway,” while making an impression on the band and the audience of nearly 20,000 concert-goers.

Rascal Flatts’ Jay DeMarcus and NFL Veteran Kevin Carter partner each year to hold their annual “Waiting For Wishes: Celebrity Waiters Dinner,” and in 2012 expanded to hold the Official After-Party “Jammin’ with Jay DeMarcus & Friends.” For 17 years the pair has set out to benefit The Kevin Carter Foundation and Make-A-Wish Middle Tennessee. The event raises funds to help grant the wishes of children with life-threatening medical conditions and become Nashville’s premier celebrity event, raising more than $2.2 million for charity since its inception in 2002.