The youngest of three daughters, Karen was exposed to the traditional sounds of gospel music at a very early age, and she aspired to sing with the talented family group The Nelons. She was invited to join the group in 1981. Ten years later, Karen’s husband Rickey and her sister Susan organized a new group: Karen Peck and New River. Karen Peck and New River have garnered 11 Favorite Soprano Fan Awards from the readers of The Singing News Magazine. Karen and group have also received many awards from other magazine publications and Internet publications. They have had five consecutive No. 1 songs in southern gospel music and have appeared on prestigious stages such as The Grand Ole Opry and Gaither Homecoming Concerts.

Their album Journey of Joy received a Grammy nomination for 2008. Journey of Joy was also nominated for three Dove Awards. Additionally, the group’s number one hit, “Four Days Late”, was also named Song of the Year by readers of The Singing New Magazine in 2001 and the SGMA Awards and continues to be a favorite among audiences.

In September 2008, Daywind released Ephesians One. The album featured the No. 1 song “I Want To Thank You”, which was nominated for a Grammy in 2009. In 2009, Daywind released their album No Worries, and in 2010, the DVD/CD Live at Oak Tree was also nominated for a 2010 Grammy Award. July 2011 brought the release of their most recent album Reach Out.  Also in 2011, Karen was a featured vocalist in the movie Joyful Noise, which featured Dolly Parton and Queen Latifah. 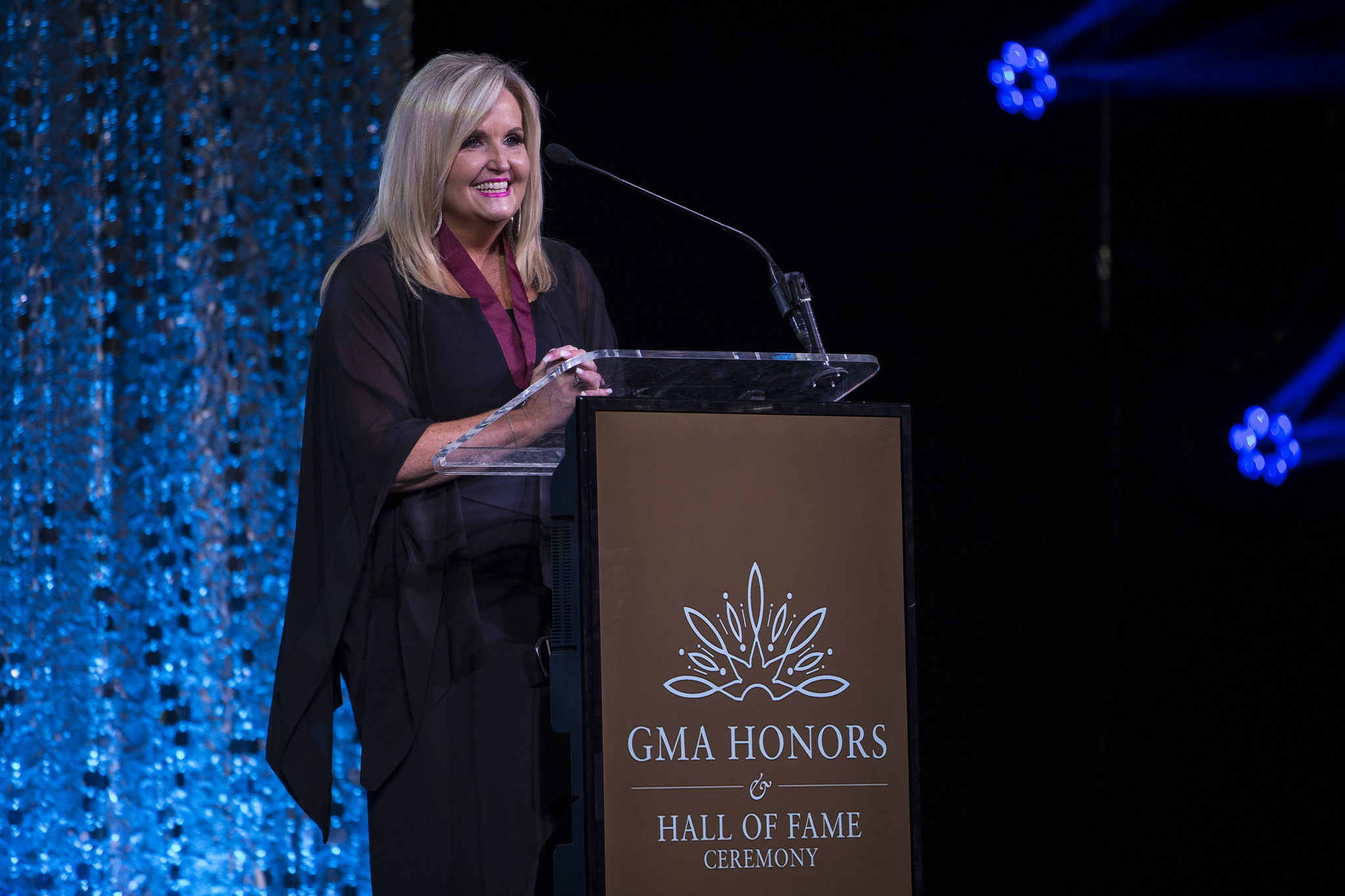 Karen Peck at the GMA Honors and Hall of Fame Ceremony in Nashville, TN on May 8, 2018.