Stories Behind the Strings

This exhibit tells the stories behind some of Gospel music's greatest songs and the guitars the artists use to write them. 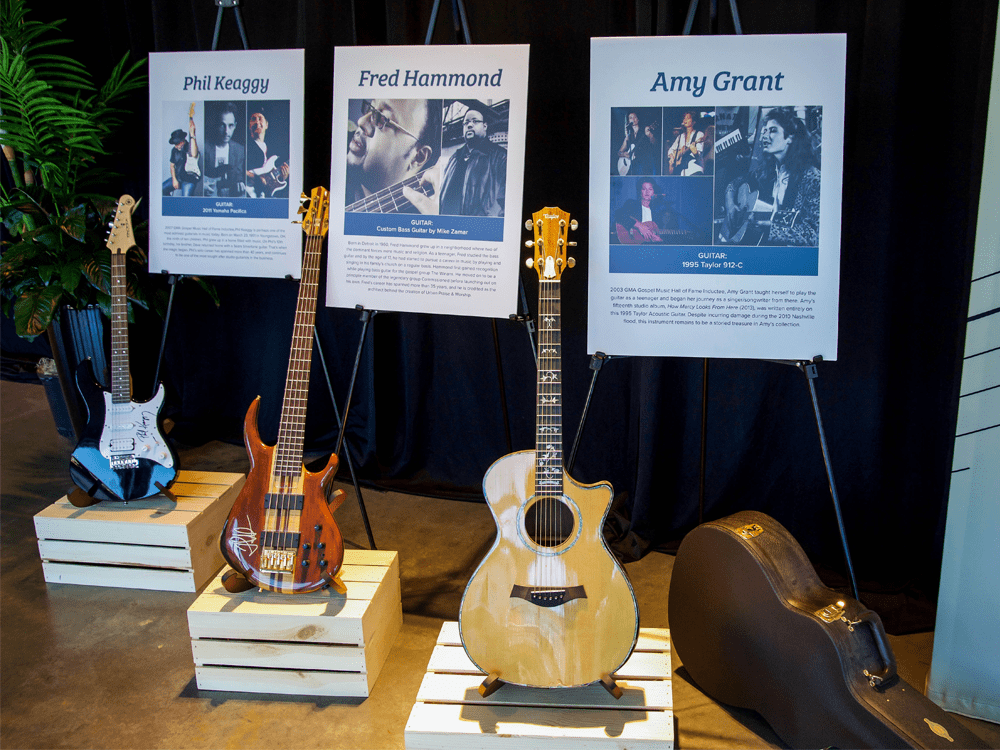 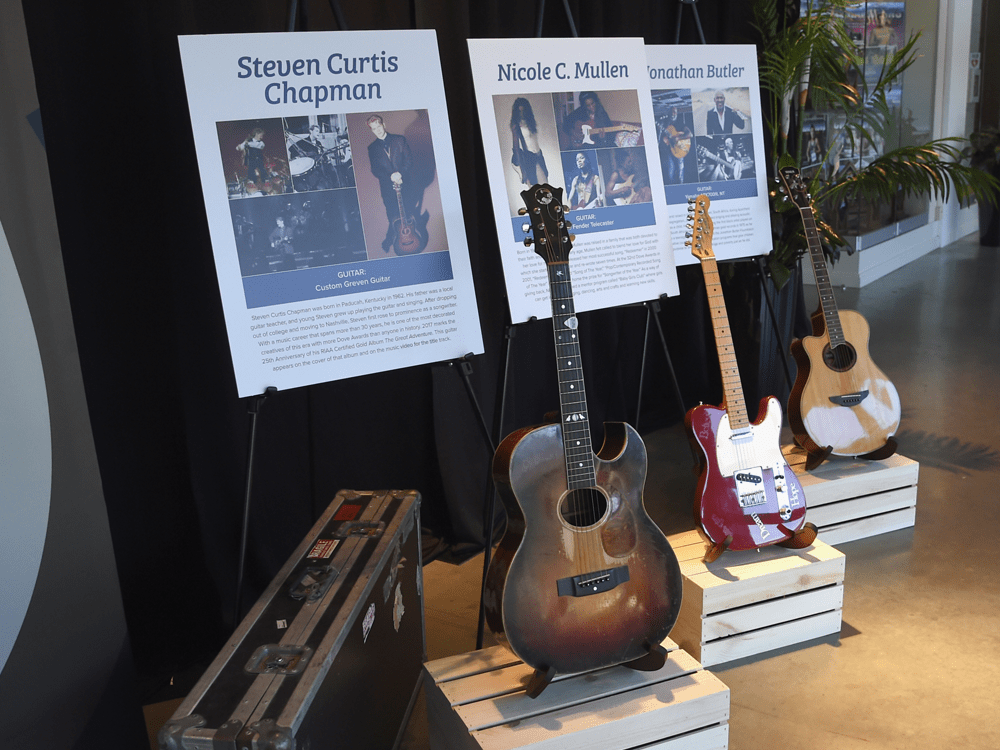 About the Artists & Guitars 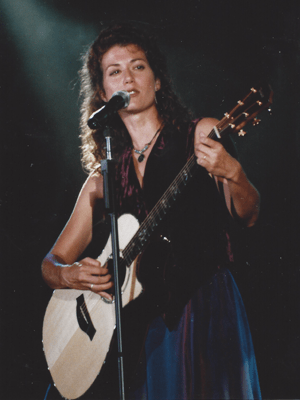 2003 GMA Gospel Music Hall of Fame Inductee, Amy Grant taught herself to play the guitar as a teenager and began her journey as a singer/songwriter from there. Amy’s fifteenth studio album, How Mercy Looks From Here (2013), was written entirely on this 1995 Taylor Acoustic Guitar. Despite incurring damage during the 2010 Nashville flood, this instrument remains to be a storied treasure in Amy’s collection. 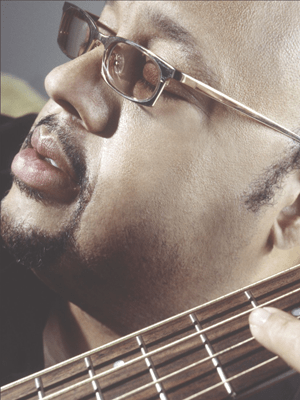 Born in Detroit in 1960, Fred Hammond grew up in a neighborhood where two of the dominant forces were music and religion. As a teenager, Fred studied the bass guitar and by the age of 17, he had started to pursue a career in music by playing and singing in his family’s church on a regular basis. Hammond first gained recognition while playing bass guitar for the gospel group The Winans. He moved on to be a principle member of the legendary group Commissioned before launching out on his own. Fred’s career has spanned more than 35 years, and he is credited as the architect behind the creation of Urban Praise & Worship. 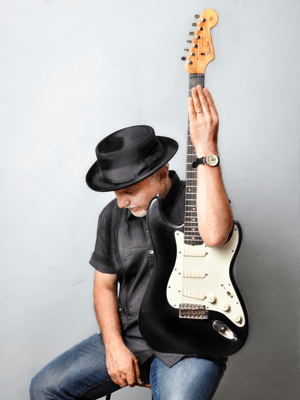 2007 GMA Gospel Music Hall of Fame Inductee, Phil Keaggy is perhaps one of the most admired guitarists in music today. Born on March 23, 1951, in Youngstown, OH, the ninth of ten children, Phil grew up in a home filled with music. On Phil’s 10th birthday, his brother, Dave returned home with a Sears Silvertone guitar. That’s when the magic began. Phil’s solo career has spanned more than 40 years and continues to be one of the most sought-after studio guitarists in the business. 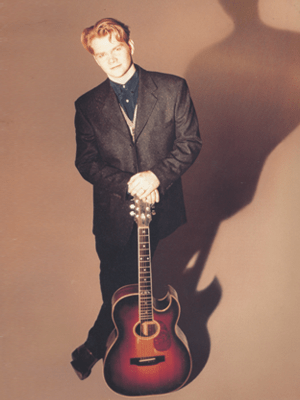 Steven Curtis Chapman was born in Paducah, Kentucky in 1962. His father was a local guitar teacher, and young Steven grew up playing the guitar and singing. After dropping out of college and moving to Nashville, Steven first rose to prominence as a songwriter. With a music career that spans more than 30 years, he is one of the most decorated creatives of this era with more Dove Awards than anyone in history. 2017 marks the 25th Anniversary of his RIAA Certified Gold Album The Great Adventure. This guitar appears on the cover of that album and on the music video for the title track. 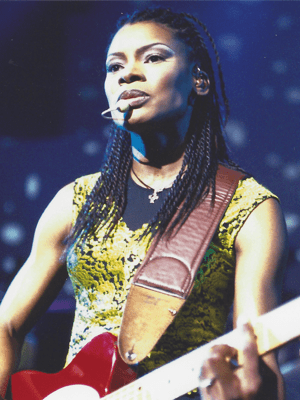 Born in 1967 in Cincinnati, Ohio, Mullen was raised in a family that was both devoted to their faith and musical. At an early age, Mullen felt called to blend her love for God with her love for music. Nicole released her most successful song, “Redeemer” in 2000 which she started on the guitar and re-wrote seven times. At the 32nd Dove Awards in 2001, “Redeemer” was voted “Song of The Year,” “Pop/Contemporary Recorded Song of The Year” & Nicole took home the prize for “Songwriter of the Year.” As a way of giving back, Nicole established a mentor program called “Baby Girls Club” where girls can get involved in singing, dancing, arts and crafts and learning new skills. 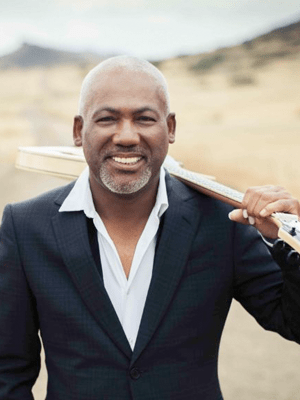 Born and raised in Athlone, Cape Town, South Africa, during Apartheid and segregation, Jonathan Butler started singing and playing acoustic guitar as a child. He made history by being the first black artist played on white South African radio while earning three gold records in 1975 as he became a teenager. Last fall, he launched the Jonathan Butler Foundation in his native country to fund music education programs that give children the purpose to overcome a life of drugs and poverty just as he did.