Nelson was one of the heads of Spirit Records, a division of Sparrow Records, and went on to co-found Refuge Records in 1980. He served as the first publishing director for Billy Ray Hearn at Sparrow.

Nelson has produced recordings for artists such as Sandi Patty, Steve Green, Larnelle Harris, Twila Paris, Michael Crawford, and Richard Smallwood, including 3 gold records and 3 platinum records. He has received 20 Dove Awards as well as over 30 nominations. His productions have garnered 7 Grammy Awards and 13 Grammy nominations. He has awards from Broadcast Music Incorporated (BMI), the Nashville Songwriters Association and the Gospel Music Association. He was the third recipient of the Gospel Music Association “Impact Award”.

Nelson’s “People Need The Lord” is considered a Christian classic. His modern oratorio, “Saviour” continues to tour in the United States, Europe and Russia. Hallel (A Musical Suite for Chamber Orchestra, Chamber Choir and Soloists) is his most recent major composition which is orchestrated by Ronn Huff. Greg also co-wrote the #1 Larnelle Harris song “All Along the Way”.  He also produced The New Young Messiah and Emmanuel with many high profile Christian artists.

Nelson began serving in a dual role at LifeWay Worship in 2004 as an exclusive songwriter and as Creative Supervisor for song and writer development. His work at LifeWay has included recording over 1,000 hymns and worship songs for the creation of the 2008 Baptist Hymnal.  The “SongMap” technology developed by LifeWay Christian Resources is based on his ideas of song manipulation. 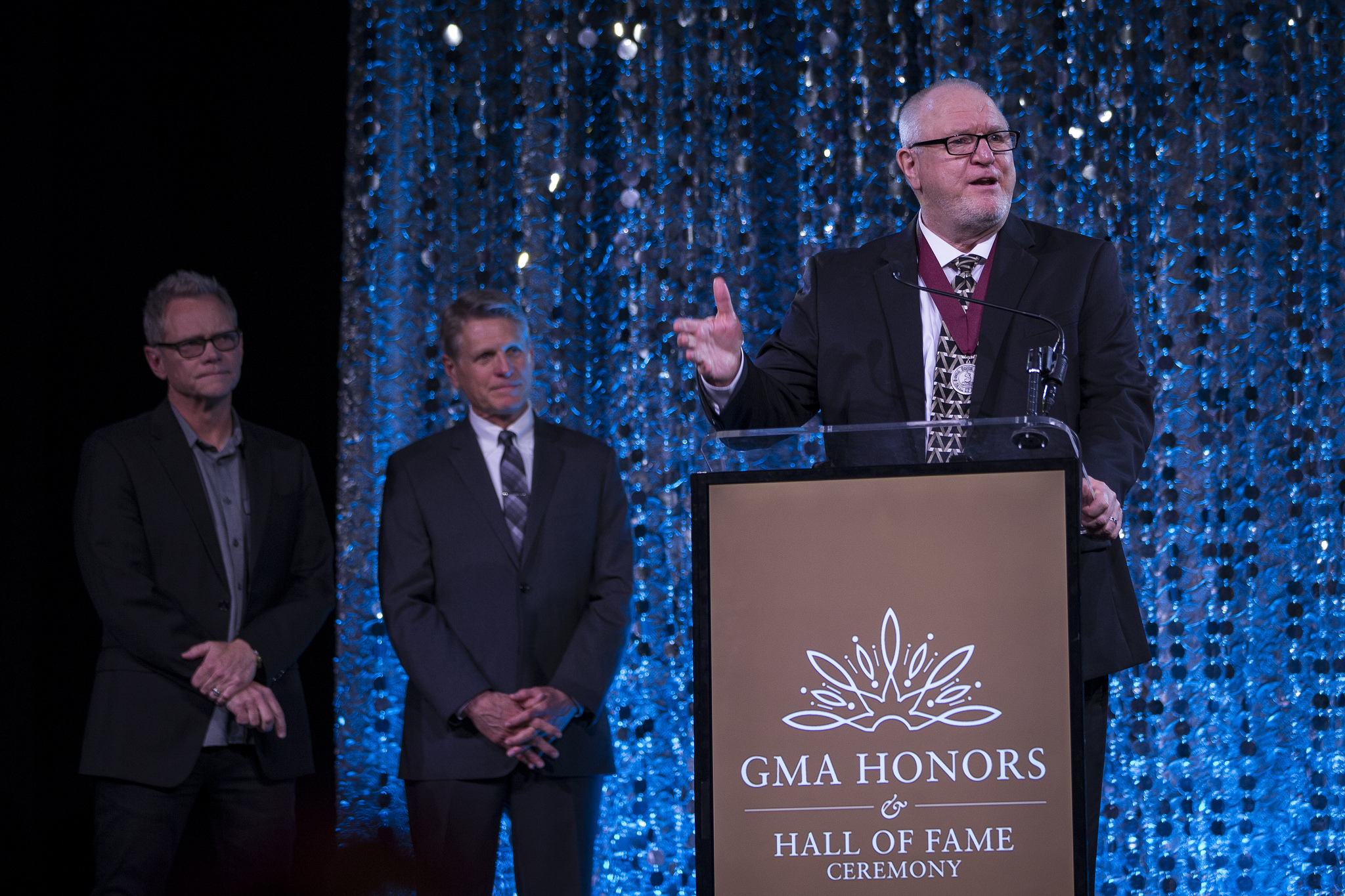 Greg Nelson at the GMA Honors and Hall of Fame Ceremony in Nashville, TN on May 8, 2018. Pictured with Steven Curtis Chapman and Steve Green