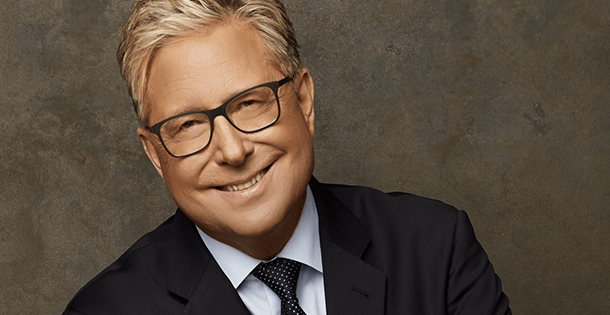 A pioneer of the modern praise & worship movement, Don Moen has spent his career as a worship leader, producer, songwriter, and music executive. If you ask Don Moen why God put him on this planet, he will tell you, “To be an architect who designs products and events that help people experience God’s presence in a new and fresh way.” In more than three decades of ministry and having led worship on every continent except Antarctica, Don has spent his entire career fulfilling that purpose.

Don grew up in northern Minnesota studying classical violin and trombone before moving to Tulsa, Oklahoma to attend Oral Roberts University. While a student at Oral Roberts, Moen began touring with evangelist Terry Law and the musical group, Living Sound. For 10 years, Don ministered in communist countries throughout Eastern Europe and the former Soviet Union as well as Africa. During those 10 years, Don was responsible for much of the group’s arrangements and musical productions while witnessing first-hand how the power of praise and worship opened closed doors and hearts, and lead enslaved people into the presence of God.

In 1984, Integrity Music asked him to lead worship on the first Hosanna! Music album, Give Thanks. Give Thanks became one of Integrity’s most popular recordings ever and a benchmark for the genre, achieving gold certification status and now nearing platinum certification. By 1986, Don was hired at Integrity Music. After 8 years at Integrity, Don released his first album as an artist, Worship with Don Moen.

Don went on to serve as President of Integrity Music and executive vice president/creative director for Integrity Media. In these roles, he spoke into the production of hundreds of products including all of the CDs and worship resources produced by Integrity Label Group as well as producing more than ten Hosanna! Music titles. During his tenure at Integrity, he sold over 5 million units and signed worship leaders and songwriters such as Paul Baloche, Ron Kenoly, Darlene Zschech, and many others. Don spent over 20 successful years at Integrity Music until leaving to focus more time on touring and his own creative endeavors.

In addition to his writing and recording, Don makes time to tour domestically and abroad, having performed with artists such as Chris Tomlin, Michael W. Smith, Sara Groves and Paul Baloche. Don has served as a keynote worship leader for the National Day of Prayer events and continues to serve as a music industry spokesperson, having been featured on Fox News, NPR and in USA Today.

Don is as popular overseas as he is at home in the U.S. His concerts and seminars have taken him to Ghana, South Africa, across Southeast Asia, India, South Korea, Brazil, Canada, Australia, the United Kingdom, Hong Kong, Japan, UAE, Qatar, Rwanda, Nigeria and and many other countries around the world.

His works reflect his passion to create resources for the church that lead people into an honest and intimate relationship with the Lord. His song “God Will Make a Way” was nominated for a Dove Award, and two years later he would receive a Dove Award, for the musical God With Us. In 2002, his peers recognized that lifelong commitment and presented him with the Ray DeVries Church Ministry Award. Don continues this commitment today.

Today Moen lives in Nashville, Tennessee with his wife Laura, where he is president of Don Moen Productions, oversees his international non-profit ministry Worship In Action, and spends time with his five children and 7 grandchildren.