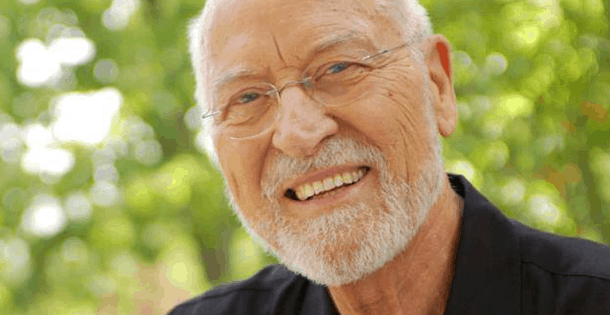 Caleb Company had its beginning during the closing year of Don Finto’s 25-year pastorate at Belmont Church in Nashville. He felt more and more called into a ministry that would engage the developing Messianic Jewish movement and he believed that he was to invest the remainder of his life into helping to raise up the next generations. There were four reasons for choosing the name “Caleb Company” in honor of the biblical Caleb: 1) Don wanted to challenge old people to keep taking their mountains even into their old age, 2) Caleb’s descendants inherited the Land, 3) Caleb is repeatedly described as a man who was wholeheartedly devoted to the Lord, and 4) Don wanted to raise up a company of Kingdom warriors who would give their lives to a wholehearted pursuit of Jesus. Caleb’s original office was named “The Caleb Quarters,” a quarters for those in the King’s army.

“However, My servant Caleb, because a different spirit is with him and he is wholeheartedly behind Me, I will bring him into the land where he went—his offspring will inherit it.” Numbers 14:24

During the early years of Caleb Company, Don became actively involved with Jewish/Gentile relationships. He was invited to serve on the board of an international Jewish and Gentile organization that helps bring reconciliation and unity between Jewish and Gentile believers around the earth; Toward Jerusalem Council II. He was also invited to serve on the international board of Tikkun, an apostolic Messianic Jewish ministry.

The growth of Caleb’s outreach changed dramatically when Don met Tod McDowell in February 2005 while teaching in a Jewish studies program at the Kona, Hawaii, Youth With a Mission base. Tod and his family had served on the President’s Council, led in their Biblical Studies program, and led outreach teams all over the world, but had not yet grasped how God’s call on Israel and the Jewish people is destined to affect world revival. Through a series of God-orchestrated encounters, prophetic words and telephone calls, Don and Tod began traveling together, ultimately resulting in the McDowells moving to Nashville and Tod becoming Director of the ministry. Their base of operation moved from Nashville to Thompson Station, TN where they are currently occupying two houses where they host their training schools and programs as well as facilitate a prayer room and their offices.

The Lord began to call Caleb to open up more training schools and to produce “weapons of mass instruction” in order that Caleb Company might fulfill its mission of “equipping the Church to participate in God’s biblical plan for Israel and its relationship to world revival.” As travel to Israel increased, they leased an apartment in the heart of Jerusalem and connected with an Israeli Middle East Coordinator who represents them when they are not in the Land. Their connections with ministries inside Israel, both among the Jewish and Arab believers increased rapidly.

Their programs that facilitate their mission have expanded to include an Evening Ministry School, conducted every spring and fall, a two-month summer intensive called Caleb Training, a long-term internship called Caleb Launch designed for those called to take the core messages of Caleb Company to the ends of the earth, annual Fall Tours to Israel, bi-annual Israel Ministry Trips, and numerous local gatherings revolving around prayer, worship, community and a heart to see the Kingdom of God advanced throughout the earth.

As the Founder of Caleb Company, Don remains involved in teaching in Caleb Company’s various training programs. He continues to impart and father within the Nashville community. Don travels domestically and internationally (to Sri Lanka, Mozambique, Iraq, China, etc.) calling the Gentile Church to be in meaningful support of what God is fulfilling in the Jewish world, and enabling young leaders to fulfill God’s calling. He has written three significant books on these topics: Your People Shall Be My People, God’s Promise and The Future of Israel, and his latest book, Prepare! For the End Time Harvest, teaching from these foundational points.