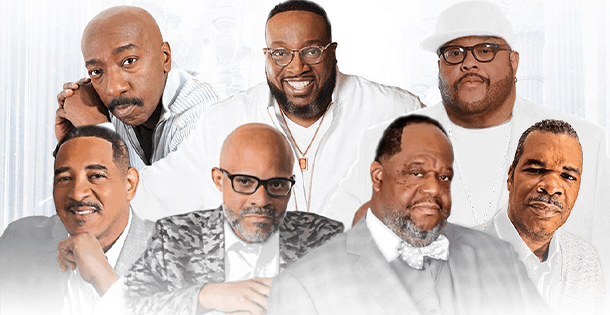 Known for their poignant performance style, rich harmonies and evangelistic zeal… blending Gospel, Soul, R&B and funk with a positive spiritual message…..Commissioned would be named one the most successful and influential gospel groups of all time.

The four time Grammy, and six-time Stellar award winning Commissioned, recorded twelve chart-topping albums over a period of 17 years. Their unwavering efforts led to the creation of unforgettable classics like “King of Glory”, “Running Back To You”, “Ordinary Just Won’t Do”, “Will You Be Ready”, and the beat-thumping “Love Is the Way”

Though the group’s countless gospel accomplishments speaks for themselves, Commissioned paved the way, and inspired many well-known groups and artists including:  Boyz II Men, Jodeci, Jamie Foxx, Brian McKnight, Justin Beiber and countless others.

The Gospel Music Association applauds Commissioned and is honored to induct them into the GMA Hall of Fame.