Carman Domenic Licciardello is often described as part evangelist, part Vegas Showman. He filled the largest stadiums the world over and remains the only Christian “stadium act,”  holding the record for the largest Christian concert ever in Dallas, Texas. If there is any original trademark to Carman’s repertoire, it is what we could only identify as a ‘story song’. A combination of drama, rock, comedy, funk, satire, acting, singing, and preaching, all woven together. With compositions like “Sunday’s on the Way”, “The Champion”, “Lazarus Come Forth”, “Revival in the Land”, “Witches Invitation”, “This Blood” and even “The Courtroom”, simply put, Carman is a true American original.

Carman released his first LP, God’s Not Finished With Me in 1982 and began a string of CCM chart successes. Twice he was named Charisma Magazine‘s Readers’ Choice for the first “Favorite Male Vocalist of the Year.” In 1990 Billboard Magazine named him the first “Contemporary Christian Artist of the Year.” His Champion record stayed on the Billboard overall sales charts for a record 168 weeks. Carman has also acted in and written music and screenplays for motion pictures and is the co-founder of the Parable Christian Film Festival. 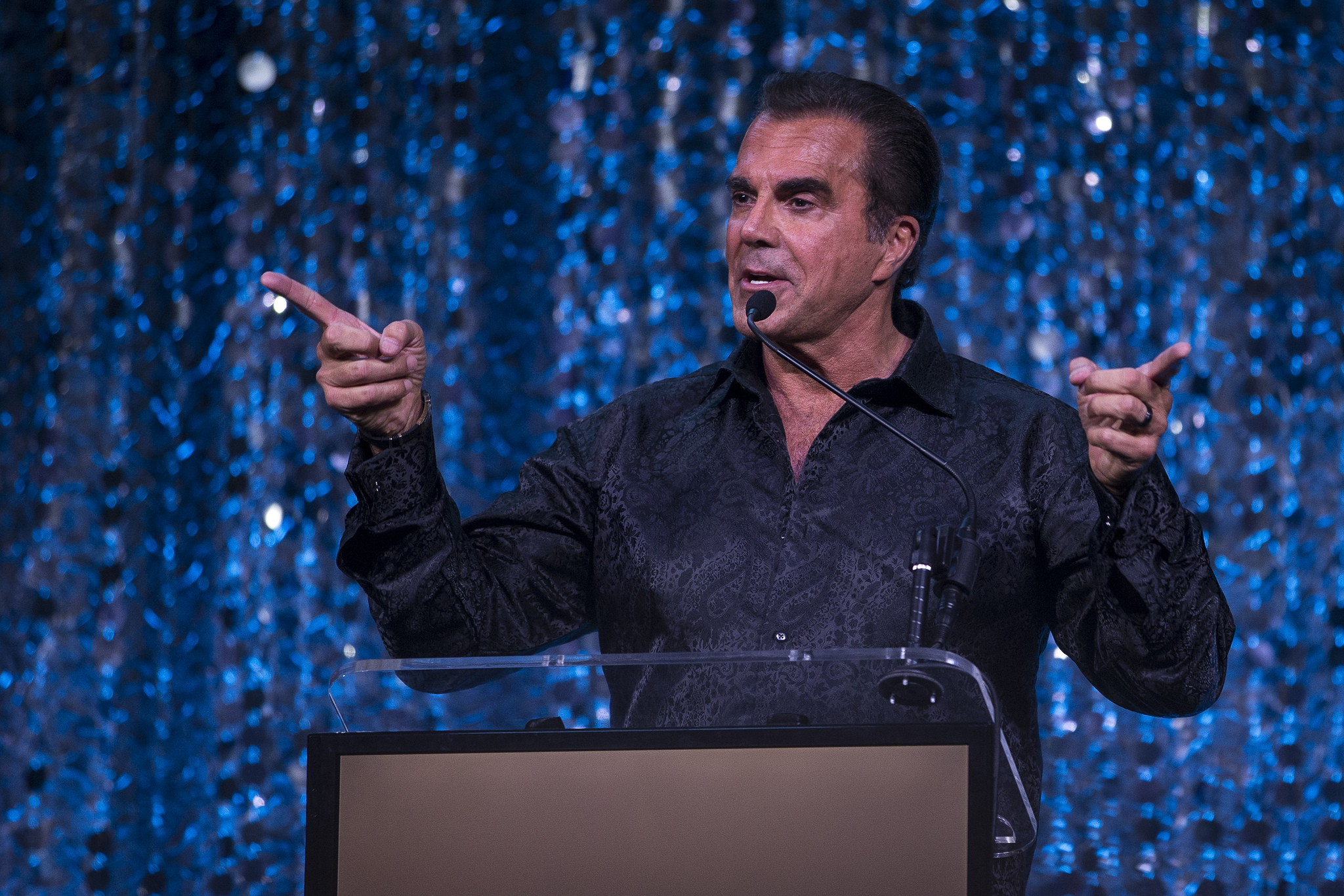 Carman at the GMA Honors and Hall of Fame Ceremony in Nashville, TN on May 8, 2018.